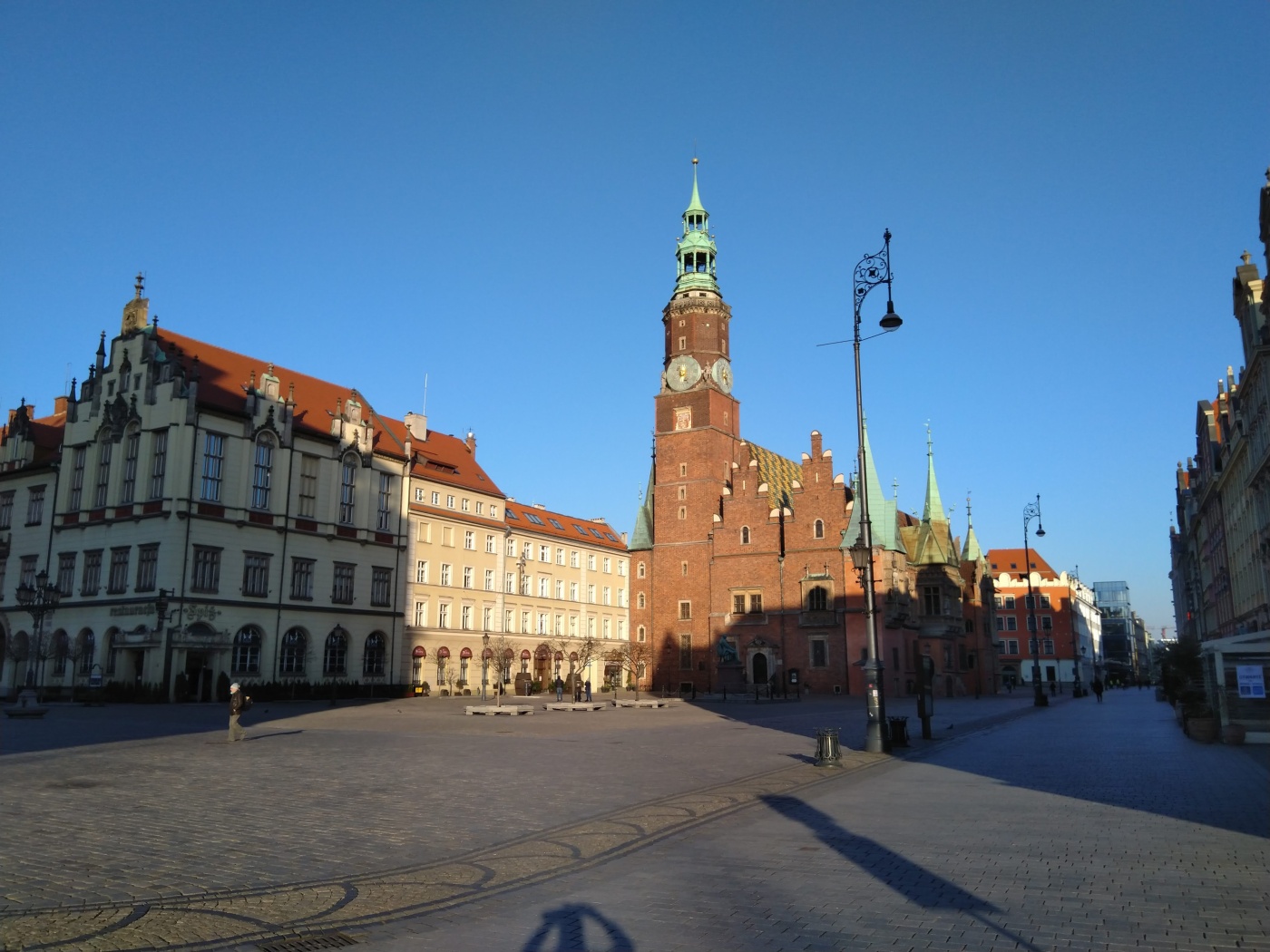 As Poland’s fourth city, Wroclaw has an urban population of around 600,000, a large student community and residents from all over the world. It also welcomes over five million tourists each year, of which more than a million come from abroad. They come to visit the city’s stunning architecture, riverside bars and restaurants, opera, art scene, aquarium and planetarium; and to discover its dramatic history over the centuries. 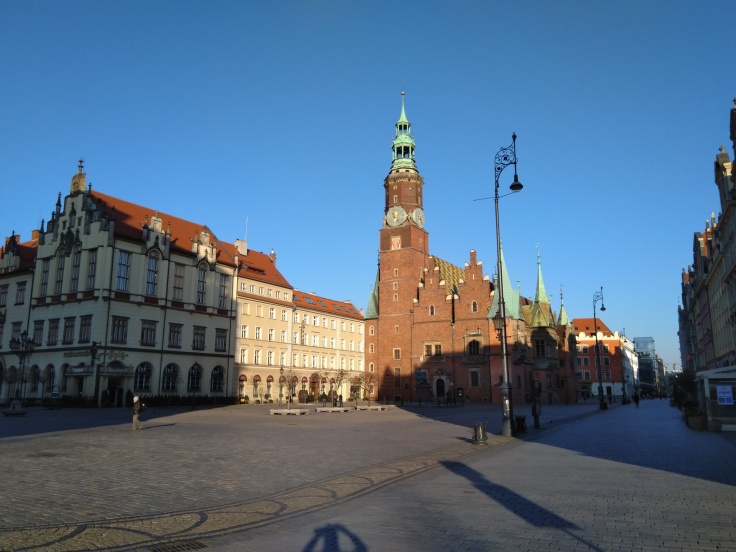 You wouldn’t know that this week though, as the national rules to control the spread of coronavirus continue to limit movement in the city. For almost a week almost all businesses apart from food shops and pharmacies have been closed and people are not permitted to leave their homes except to complete essential tasks. As a resident of central Wroclaw, I am still currently permitted to take a walk alone or with one person through the empty streets, although will increasingly limit these visits to my immediate neighbourhood to avoid likely police checks. 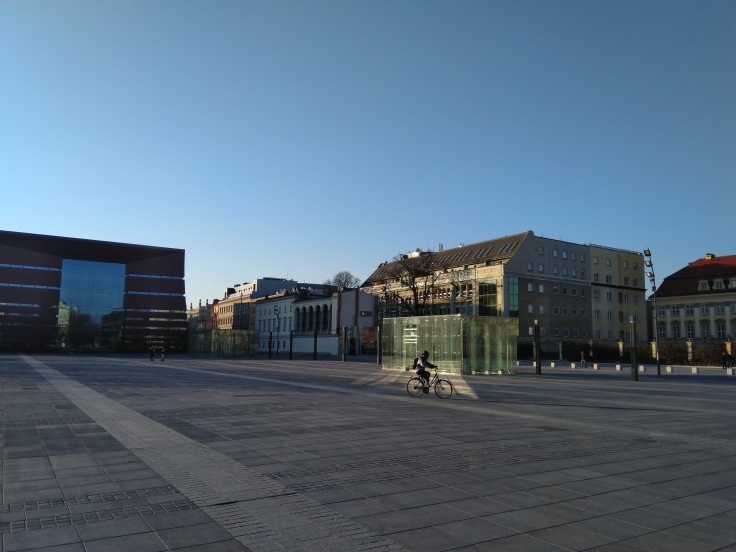 After an initial buzz of anxiety and apprehension with the announcement of the national state of emergency last week, in general the mood in Poland feels calm and accepting. People quietly go about their shopping and generally keep their distance. Supermarkets and pharmacies have put up clear screens to protect staff and customers, shopping assistants wear protective visors, trollies are disinfected after each use and customers asked to wear gloves. Thankfully after an early rush to stock up, I haven’t seen much evidence of the panic buying reported in the UK and the shops seem well stocked.

A rare sight – an empty city centre at sunset 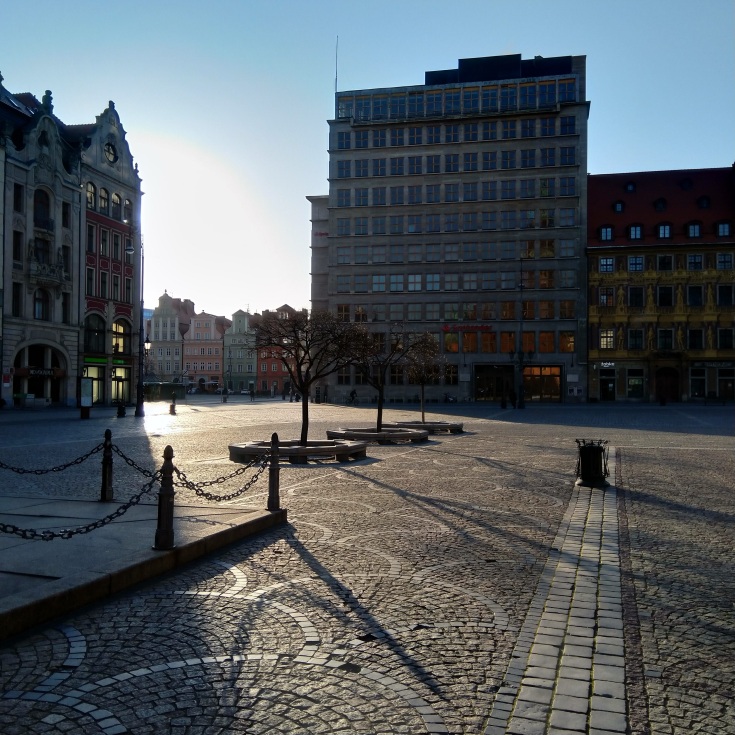 Poland has had a traumatic modern history and most adults either remember personally or through recounted stories the experiences of control and shortage in the 1980s and its harsh period of martial law. This and the wider historic context appear to help to create a general atmosphere of quiet acceptance of both the temporary limits to freedom and the reduced choices faced by everyone. This seems to contrast some of the more rebellious or entitled behaviours sometimes observed in western Europe lately – whether actively breaking social distancing guidance or complaining about personal inconveniences. Of course behaviours and attitudes vary within each country – I have  seen groups of Polish youths gathering lately and pensioners outside and socialising – but in general the Polish population seemed to observe and respect new guidelines quite rapidly in a way that other countries haven’t.

Queuing for the pharmacy 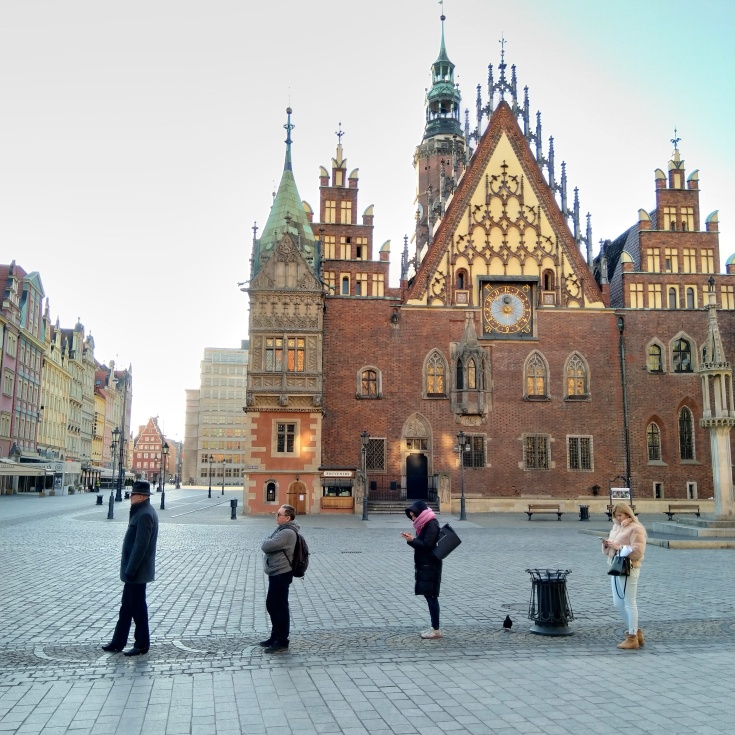 Like elsewhere, the Polish authorities are undeniably concerned about the huge risks and consequences associated with the spread of disease. Public debt has already been rising, for example after years of expensive child benefit policies and the public health system is famously outdated and already lacking basic provisions.  People I know are collecting old cotton bedsheets to provide masks for medical staff and confiscated moonshine is being distilled to make disinfectants, something more fitting of a Victorian era novel than of a 21st century situation in the EU. So many Polish workers are without basic labour protection and found themselves with no or little income overnight, but with high food, utility and social insurance bills to pay. There are definitely tricky times ahead, but the Polish population is resourceful and thick-skinned. As always, they will find a way to rise from the ashes.

One person at a time 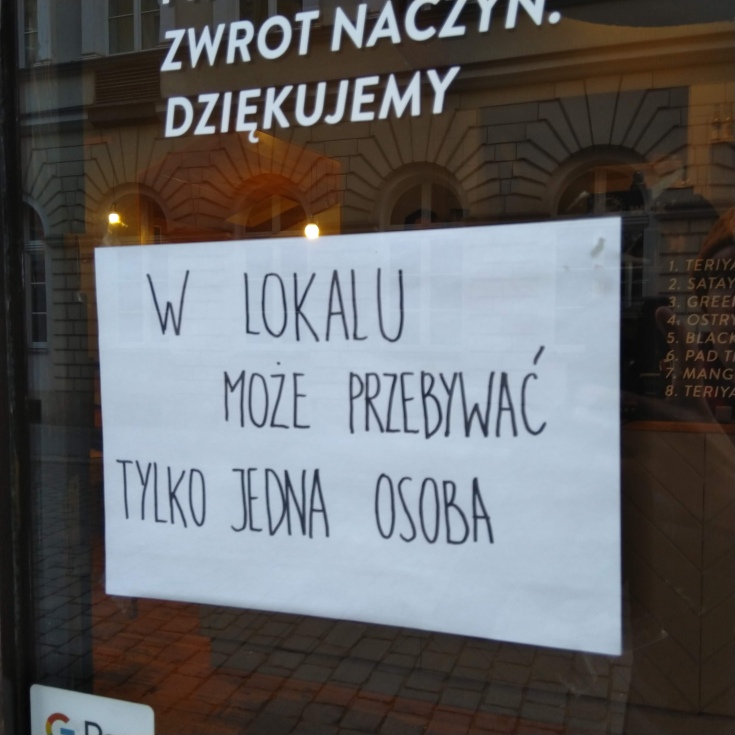 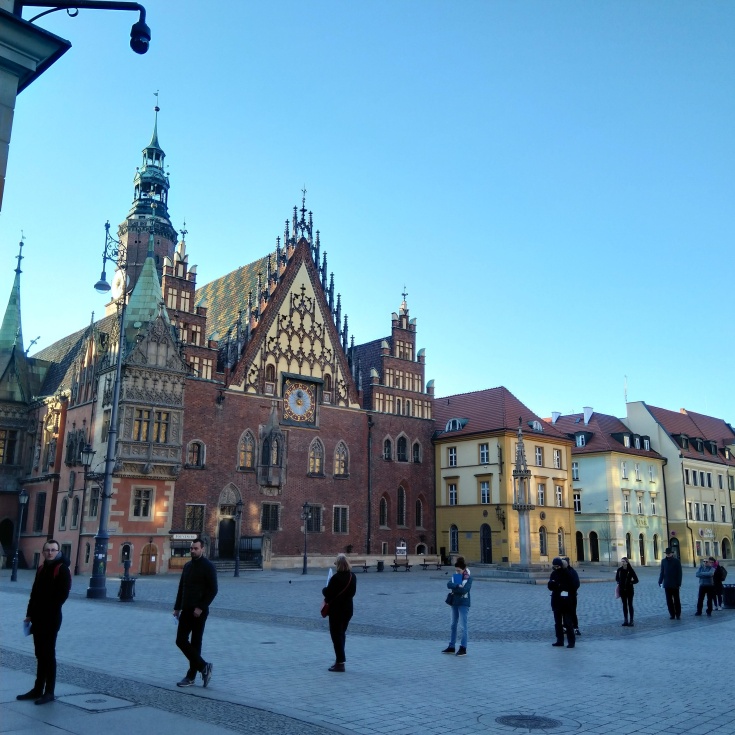